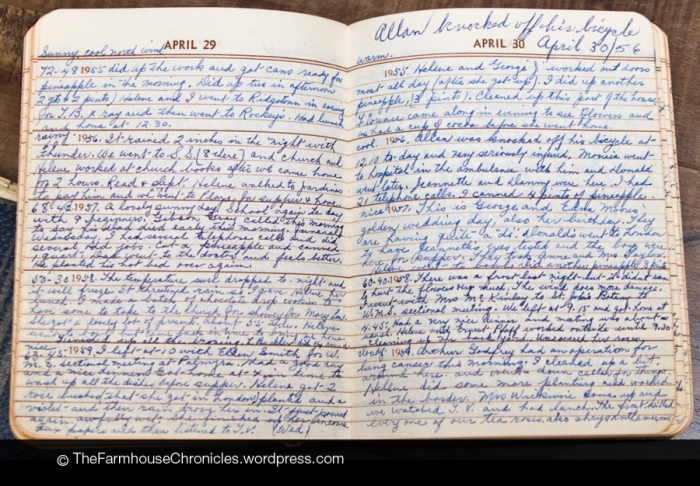 When my dad was 10 years old, he was hit by a car. I remember asking him about it fairly often as a child, though it is hard for him to remember very many details of that day. I do have his grandmother’s account of the day from this journal on April 30, 1956:
“Allan was knocked off his bicycle at 12:10 today and very seriously injured. Monica went to hospital in the ambulance with him and Donald went later. Jeanette and Danny were here. I had 21 telephone calls. I canned 4 pints of pineapple.”

Dad was in very rough shape for quite a few weeks. The first time I read that, I thought it was so strange that great grandma noted that she canned 4 pints of pineapple. I mean, one of her grandchildren was in the hospital, she was keeping the other two while her son and his wife stayed at the hospital – funny time to do some canning. But then again, she was a farmer’s wife and if the pineapples were getting over ripe, I suppose this needed to be done. I was also surprised that she had access to fresh pineapple in rural Ontario.

I found this recipe written out in another journal for canning pineapple: 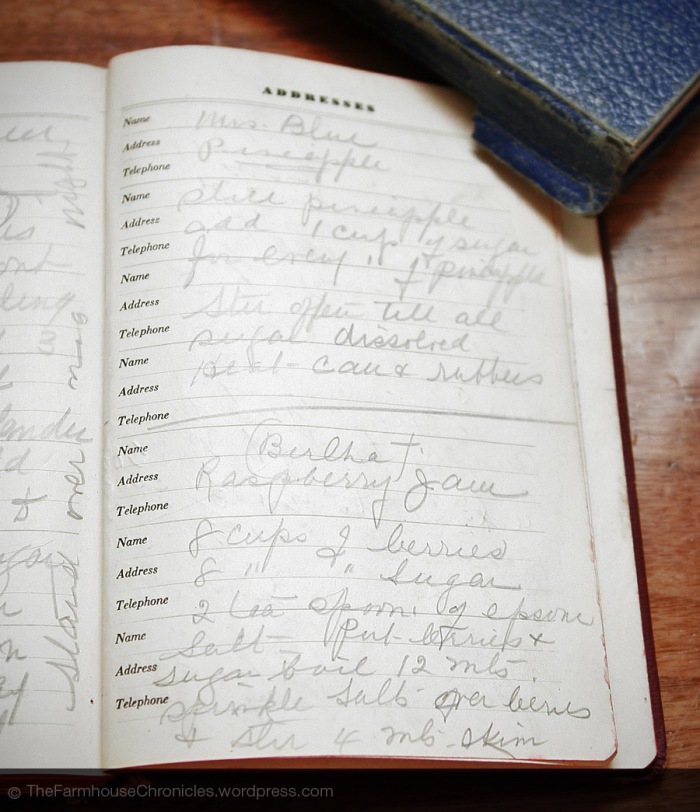