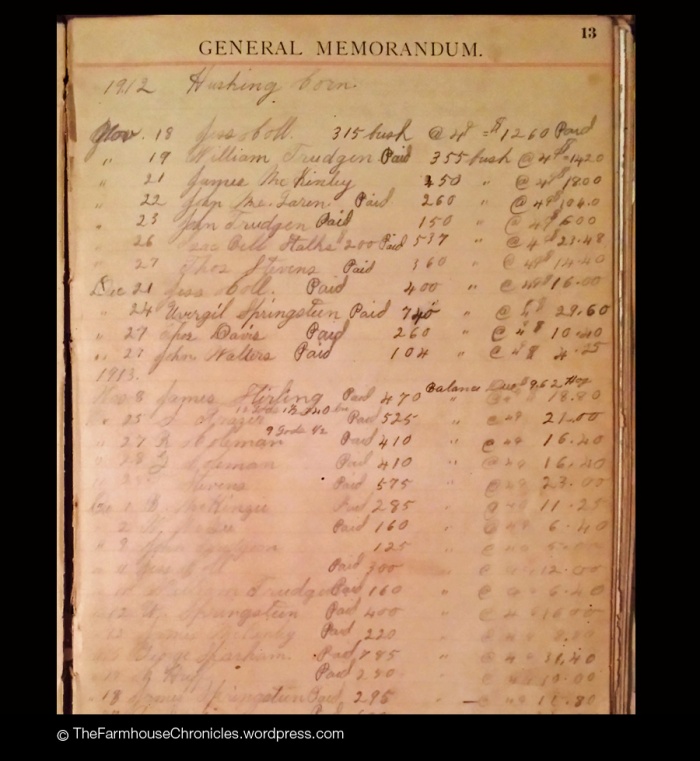 We all know our pioneering, farming ancestors were hardworking. I found this page of the Farm Account Book interesting, because it gave me a window into what type of work was taking place 101 years ago in early winter: corn husking.

I was curious about this, and a quick search revealed that people had husking bees in Kentucky around that time.

According to John Willard of the Quad Times, “Until mechanical cornpickers were introduced in 1928, harvesting corn by hand was one of the toughest of farm chores. The farmer would walk down rows of corn, grabbing the ears on the stalk with one hand and ripping off the husks with a tool called a peg strapped to the other. The ears were tossed into wagons equipped with ‘bangboards’ to prevent the ears from flying over them.”