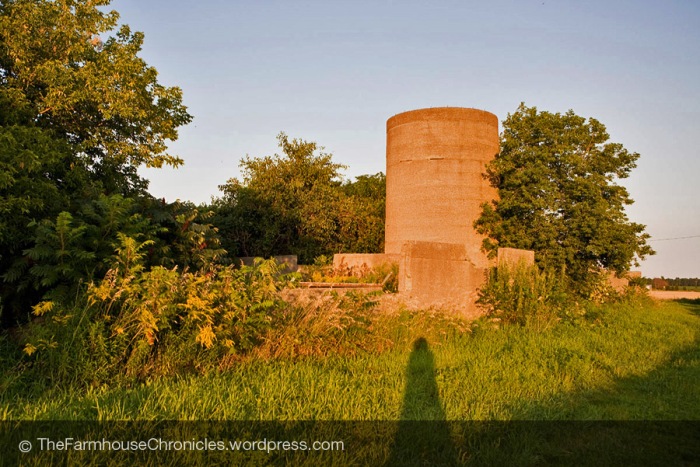 I grew up exploring the old barns on our farm in varying stages of falling down. I remember standing on the edge of this silo, looking inside where plants then grew, listening to the odd way our voices echoed into the empty structure. One time, we saw the small skeleton of an animal that had fallen inside.

When I was about 12, when I became interested in our family history, I excitedly noticed the signature of CP Duck on the wall of the silo. I had a thrill, thinking about a time when great grandfather actually built this silo. My parents kindly went out to try to photograph the signature in January on a windy, snowy day. You can still faintly see it: 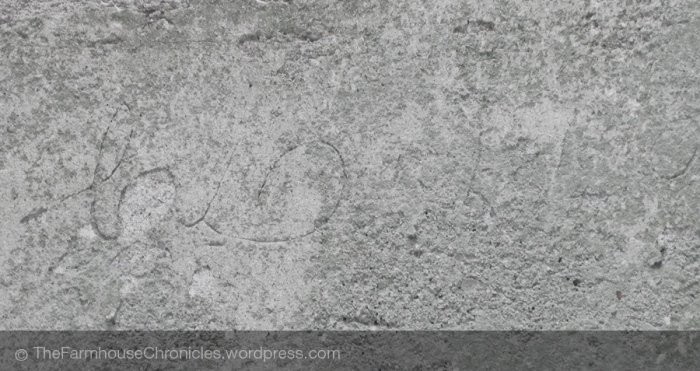 Great grandpa’s signature inside the silo, as it appeared in January 2014

I had a similar thrill when I recently found this notebook and was flipping through. I found this entry from March 18, 1925 (bottom left):
Silo 6 tears (sic) from bottom today. March 18, 1925. 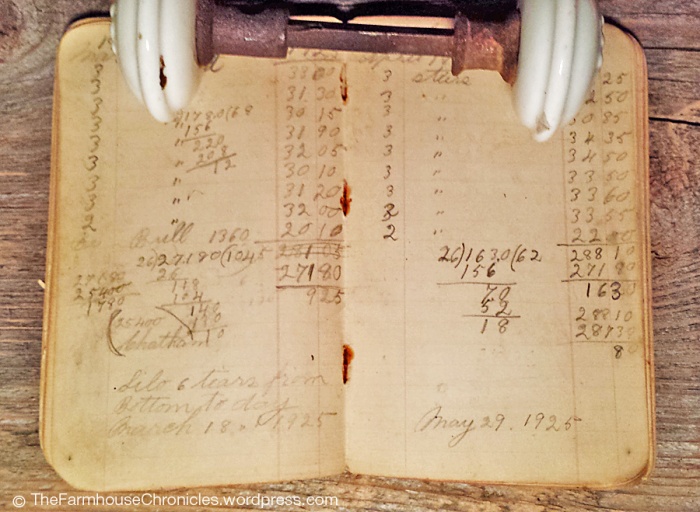 The only qualification on this story is that I’m not certain the 1925 silo is referring to the one in my picture. It may have been a different silo. I wondered if the barn near Hillcrest Cottage where he lived had a silo. That barn had been built in 1921. Then I came across a photo from 1980 where that barn is clearly visible with no silo:

Another page in the same notebook shows another entry, regarding wire to fix silo. Is that a list, and the second item, “Pig rings” must have been nose rings for the pigs.