In the past years there were regulations regarding the size of the fish caught. When the fish were dipped from the pound net they were sorted before being brought to shore. Any undersized fish would be set free to continue their growth. It was possible to have perhaps a thousand pounds in the net but only two or three hundred pounds might be large enough to be brought to shore for sale. 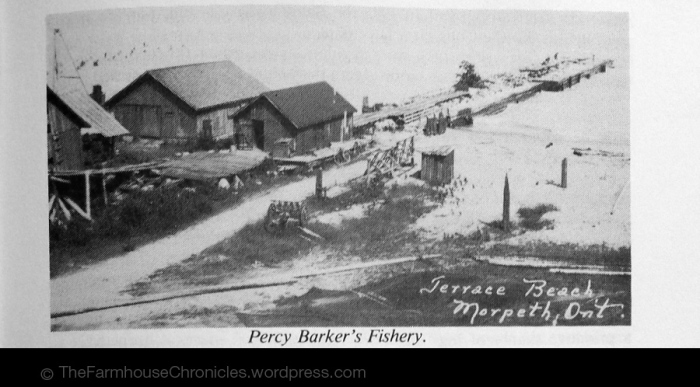 Pound-net fisheries along the lake, one by one, seemed to disappear. The Bates’ fishery was sold in 1948 to E. B. Stirling, who continued its operation for six or seven years. The Colls’ fishery at Antrim, which had been purchased by Fred Coll from his sister-in-law after the death of her husband, Arthur Stammers, was closed in 1944. (See Coll Story). The fishery at Morpeth Dock, that was originally owned by a Mr. Campbell and Leitch was bought by Percy Barker in the early 1900s. Mr. Barker continued operating the fishery until 1944 when the business was sold to Ken Grey and Lee Conway. Declining fish supplies and rising costs led to the closing of the fishery in 1951.

By 1960 pound-net fisheries had virtually disappeared from the north shore of Lake Erie. Pound-net fishing had become too expensive to operate in competition with gill-netting, which eventually became the common method. The only fishermen, that we see today along the lake in Howard, are the crowds of people who flock to the beaches during the spring run of smelt. 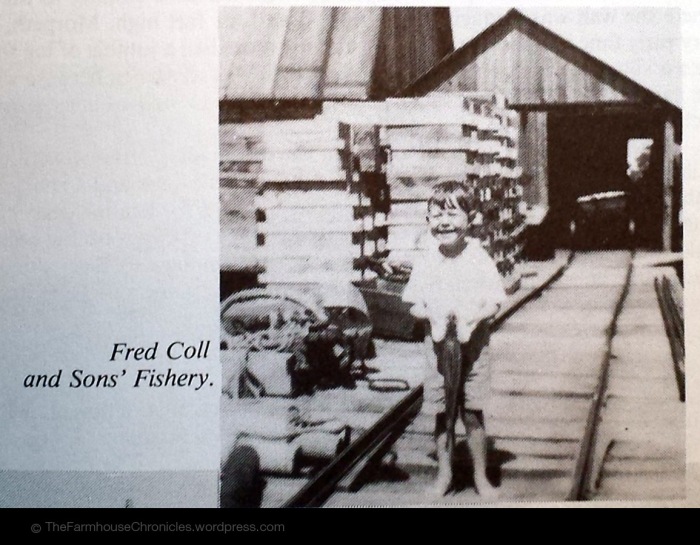